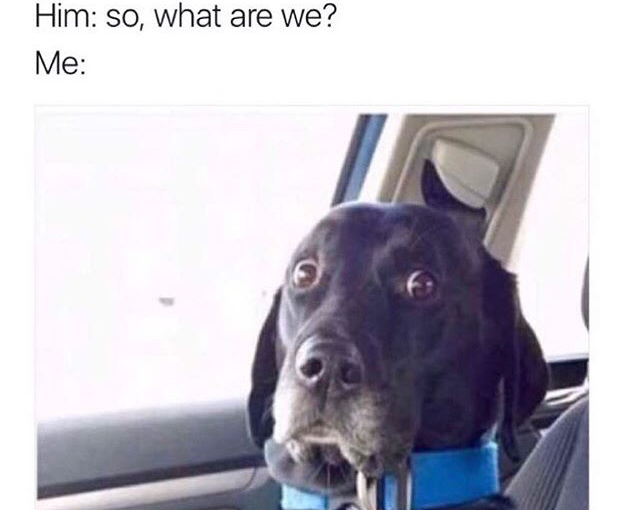 This bitch is likely much more entertaining than me so she deserves her own entry and I know she’s itching for it. Where do I even start with this one? Let’s just say from the first time we hung out I knew we were gonna be fast friends. We have quite a lot in common, we are brutally honest, upfront and slightly aggressive, we are single and both have a douchebag #1. When it comes to get togethers the stories are never ending and hilariously inappropriate. Lets just say that when you develop a friendship like this off the hop you never know where it’s going, up, down, left, right or totally fucking sideways, all of which are extremely acceptable and adoringly real. You know how you always have that friend who makes you look better, well she makes me look like a prude, she’s such a slut, haha! On the other hand when it comes to being an asshole I top her on that, so it’s a great balance. After our first hang out she quickly earned the nickname magic pussy and she will forever be haunted by it. I will likely graffiti her tombstone with it. Seriously this woman has it going on! She’s basically free willy in a sea of men, snatching whom she pleases whenever the urge overcomes her magic pussy.

~Sunday Funday
Saturday night rolls around and I find myself drinking beers, smoking a cigar and writing. As per usual this bitch is harassing me through text and Instagram messages. I open Instagram and she’s shoving a selfie down my throat. My response, “Fuck off with those sex eyes on me LOL” We exchange a couple messages trying to nail down a visit for the next day. Then I randomly disappear to finish an entry and stop responding to her. In the morning I look at her Instagram message, “Did you block my cell number or something ahahaha” Then a couple texts roll in while I’m having a tea with S in the morning, “Hey asshole answer your text messages” “You’re a dick ahah”. We decide to meet for lunch and this bitch rolls in with stories pouring out of her trap. The restaurant is full, almost every table around us has a kid occupying one or more seats. We try to whisper but this one gets excited and loud. She’s telling me about a recent guy who has sent her some lovely eye opening, jaw dropping pics so she clearly shares them with me. As per usual details are not spared and all of a sudden the word GIRTH flies out of her mouth and she sure wasn’t talking about somebody’s waistline and at that very moment for whatever reason the fucking restaurant seems eerily quiet. My eyes almost fall out of my head and I am doubled over on the table uncontrollably laughing which sure doesn’t help the cause as I bring even more unneeded attention our way. She is so embarrassed, and her face turns bright red but she promptly joins in the laughter. Clearly she could care less considering she randomly and abruptly blurts out girth as we are getting ready to leave. Yes the immaturity factor will always be there, even when you get to call yourself a grown ass woman.

~Nooooo, My eyes!!!!
MP- “Here’s some girth for you.” Picture attached.
B- “Duck” Autocorrect
B- “Fuck, ahhhhh. I thought that was an animal. Also dude spare me the dick pics, I don’t need to see what you’re inhaling! Face and body shots’ll do.”
MP- “LOL Ahahahaha I haven’t inhaled or put that one anywhere yet btw.”
B- “Emphasis on YET!”

~Who are you?
He pulls MP in for what she thinks is a friendly hug goodbye but he’s holding on, longer than usual.
MP- “What’s going?”
He holds her tighter.
MP- “Seriously tell me what’s going on!”
Him- “Just like you don’t want my love. I don’t want your friendship.”
WHAT THE FUCK DUDE, get a life!

~Selfies
B- “Morning biotch. I miss your face and your magic pussy stories”
Apparently MP thinks I want to see her face all the time and sends me a selfie.
B- “Nice to see your face. But I won’t be falling for your magic pussy so stop giving me those eyes.”

~Prison
B- “Ugh I’m ten days late.”
Relax it’s due to stress but annoying either way. I mean who fucking knows I wouldn’t put it past life to artificially inseminate me.
B texts MP later that day- “Fuck ya this bitch got her rag”

~Just another Instagram exchange
MP- “I may have found a prince amongst the tinder frogs.”
(FYI she didn’t. The bitch was fooling herself!)
B- “Fuck off. I wish. Gawd I have stories lol. I am striking out but honestly don’t give a fuck. I’m over it.”
MP- “LOL I’m about the same. I’ve deleted the app”
B- “Fuck me I’m swiping right now. I’m ridiculous.”
MP- “Ahahahahahaha I love you. You’re the best.”
B- “I hate that hot guys have so much choice lol. If I could just get my hands on them I’d give them my magic pussy like you and bam they’d be mine. Bahahahahahaha”
MP- “LOL my pussy is not magic ahahaha”
B- “Ya it is dude, don’t sell yourself short. We’re one of a kind.”
MP- “100%”
B- “Wham bam thank you ma’am. Nailed it.”
MP- “Literally”
B- “I wanna start a blog but maybe you should. I’d read that shit. Sexcapades of the magic pussy”
MP- “Not gonna write a slut blog”
B- “Hmmmm. I’ll write it then. I’ll gain a slut license. Whoop. K off to bed magic pussy. Night”
MP- “Ahahahaha you’re the best. Night”

~Read my edit
MP- “I’m really not that much of a slut.”
B- “Dude being a slut isn’t a bad thing. You are taking control of your sexuality. Good for you.”
MP- “Makes me sound super vain too.”
B- “Pffft I am too.”