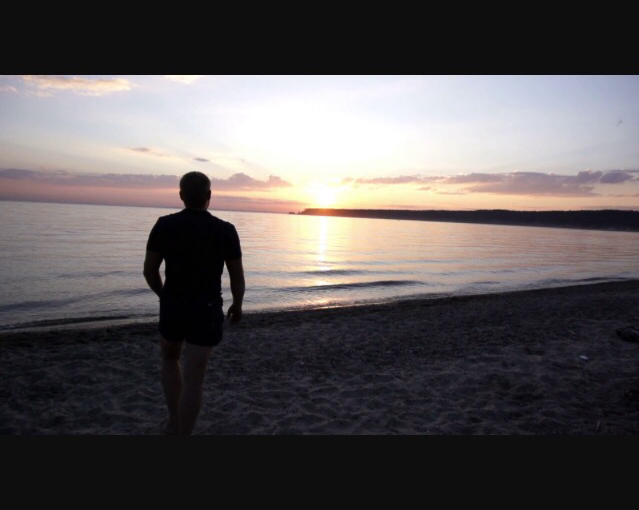 This one only has a distant picture of himself on the beach, basically a silhouette. His write up is full of self reflection, awareness and being mindful, in an effort to show all humanity love and compassion. Well shit if you know me I am clearly a sucker for this. I take a stab and we engage in some back and forth in the hopes to see what this guy is all about. Hmmm there is no doubt he talks the talk. I question him about the vague picture and he says he has to be careful due to his line of work. I can respect that and remind myself that it’s not all about looks and decide not to push the picture issue. Well it soon becomes obvious that not having a picture should have been a cut and dry red flag but I guess that was going to be a lesson I was about to learn. Anyways we are chatting for a few days and the conversation goes slightly sexual. Nothing intense but I decide to play along, giving a little to entice him. No harm in a bit of fun or so I thought. The exchanges are short and sweet before we nail down a time and place to meet.

I arrive to the restaurant first, waiting only a few minutes as the excitement mounts. This is my second official date I had ever been on in my 33yrs of life! Here I was on a blind date that I set myself up on. Well SHIT, he walks up and there is no question I am not remotely physically attracted to this guy. Ok whatever not a big deal nobody is asking you to bang him after the first date. Just have a drink with this guy and maybe the conversation will at least be worth it. Argh, as soon as he opens his mouth I wanna spit in it. He is repulsively rehearsed, contrived and boring as hell. We make small talk and we are maybe 45mins in before he abruptly and inappropriately stops me mid story and says, “Are you a sexual person??” Fuck me, are you stupid B, do you have dumb-ass written on your forehead? I look at him bewildered but I sure as shit do not acknowledge that he’s even uttered a whimper. He obviously doesn’t make any further attempts and I later come to figure out that it isn’t out of embarrassment but stupidity. When I’m done my story I look down at my phone for the time. He points out that I still have another hour. Why the shit would I have told him my sans little time frame. It’s occurring to me quite quickly that I was going to have a steep learning curve when it comes to dating 101 and this douchebag was going to be a good teacher of what not to do. I tell him I should head out so I can be home to put the little down. I ask for the bill and we finish our one and only drink. Sip up buddy because this will be the last time I sit face to face with you. The bill comes and I politely say that I’ll get it, of course with every intention to pay because I’m cool like that! He shoves the bill towards me without hesitation or the slightest inkling to be a gentlemen and at least make an attempt to pay, even for his own drink because at this point it was blaringly clear that this was a waste of time(to me). Anyways this oblivious dickhead didn’t even have the decency to thank me. At this point I can’t fully blame him for being disappointed that I wasn’t willing to play along, considering I set myself up by going into sexual talk before meeting him. Clearly in retrospect I should have at least pushed for “real” pictures to know if there was at the bare minimum a “picture attraction”, which we all know is a risk in itself, before leading him on if you will.

We head out front and when he turns to say goodbye I put my hand out in a gesture to be polite, totally unsure what protocol for these types of situations would be. I will come to learn that a wave goodbye or a middle finger suffices in these situations. I seriously didn’t want to be rude and couldn’t think of anything better than a hand shake for the waste of time. Well this one pulls me in for a goddamn bear hug. He is much taller and bigger than me, standing over 6ft, weighing in over 250lbs. Once in his grips he takes an aggressively audible inhale of my hair and moans, “Mmmmmmmm!” I immediately shove him an arms length away. If you think about how that may have looked, when I shove him away in disgust I cocked my head up slightly. FUCK ME, that was an invitation for him to grab my arms, pull me in and plant a disgustingly WET kiss on my pursed lips. I shove him again and god damnit I unintentionally cock my head again and this fucker throws a quick kiss on me AGAIN. This time I gain my footing, shove him as hard as I can by throwing my whole body weight into him, able to gain enough distance and have him lose his grasp on me. I blurt out, “Keep it in your fucking pants,” as I beeline away from him. I spit and vigorously scrub my lips with the sleeve of my sweater in utter horror and in plain view no less. I mindfully and carefully make my way to my car, sure he doesn’t have a birds eye view of me at this point, considering I may have a sexual stalker on my hands. I couldn’t stop laughing at how the whole night went down and how ridiculous this guy was. I was sure that would be the last I’d hear from him. Well I was sorely mistaken. This moron had the gull to text me the next afternoon to ask me how I felt about him because I was a hard read. WHAT THE FUCK, a hard read?? What universe does this guy live in? Was he high? I clearly did not respond and I was thanking the stars that he never reached out to me again.

Fast forward almost a year and I’m at work moseying around when I come up to a couple from behind to ask them how their day was. Sure as shit it was Navy Douchebag #1. I was a deer in headlights and couldn’t even bear to look him in the eyes out of fear that my gag reflexes would have failed me and I would have involuntarily puked on his shoes. I waited for the woman to respond before bolting to the other side of the store, praying they wouldn’t ask me for help. Thankfully they didn’t even make an attempt to look in my direction again. Clearly I was disgusted as icky feelings came rushing back in. But lets be clear there was an audible sigh of relief followed by laughter once they existed the store. Talk about awkward!